Skip to Content
Home Blog Farm Animal Rescue The Pigs of Veganville.
by 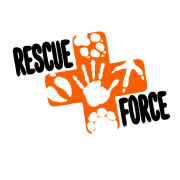 Veganville is currently home to six pigs and one in foster care. We welcomed our first residents Peaches and Petunia in April of 2018. Both pigs were brought to us by a family who had rescued them and cared for them until they found Veganville.

Petunia, a Potbelly pig, was abandoned by her family when she was about one year of age. She found a loving and caring home for the next four years. Though the family cared for her well being, they were on the lookout for a more permanent home for her. She arrived to Veganville on April 29th, 2018 at the age of 10. She is very vocal and spunky. She loves eating apples, tummy rubs, and nesting in lots of straw. We are so happy to have her.

Peaches was rescued by the same family from being sold for meat. Peaches is a nine month old Kune Kune pig.  She and Petunia are a bonded pair and do everything together. She is friendly, always wagging her tail, and oh so clever. She loves ear rubs and bananas. She’s pure delight and adds a very special spark to the farm.

In December of 2018, we welcomed two more potbelly pigs, Penny and Pierre who were saved from slaughter by a compassionate local couple. Penny and Pierre are brother and sister and have made fast friends with Peaches and Petunia. Pierre (The Bear) is a very affectionate happy go lucky pig and loves belly rubs and rooting around. Penny is sassy and smart and loves checking out fresh straw and meal times.

Veganville took in Paris and Pascal, sister Guinea Hogs in February 2019. They were originally rescued from a back yard breeding operation. They came to us skittish and wary but over time, they have learned that not all humans are bad and have settled in nicely. They are very sweet girls and sometimes hard to tell them apart because they’re almost identical. Pascal makes the rules and Paris is happy to oblige. Pascal loves attention and Paris follows suit.  We are thrilled and honored to offer Paris, Pascal and all of our rescue pigs a permanent loving home.If you are spending time with any other pig friend, Pascal will let you know that she’s not content sharing belly rubs.

We are honored to have them here and we are able to provide them and all of our pigs forever loving and caring home.