My job as a pilot has given me some wonderful opportunities in life. One of my clients had a house in Nicaragua and we would travel there

several times a year. On one such trip, I made my way to Granada. While there, I decided to get up early in the morning and take photos of the sunrise. I left my hotel and just a few hundred feet down the street I can across a stray dog rummaging through some garbage looking for a meal. Most of the strays run away when approached, and this dog was ready to bolt when she saw me coming. I kneeled down and put my hand out. She cautiously approached me and sniffed my hand. Then she let me pet her head for a moment, then she laid down and rolled over. She wanted her belly rubbed and I was happy to obliged. After a few moments of giving her some love, I stood up and figured she would wonder off like most street dogs do. She just stood up and looked at me. I wasn’t sure what to do. I started to walk down the street and she followed. If I sat down someplace, she would sit beside me. Later that morning I went into a store and she stood right outside the door waiting for me. She was really tugging on my heart strings and I didn’t know what I could do for her.

I asked around if an animal clinic or rescue was in the area, and a woman told me there was down the street. We went down to this vet clinic/rescue and met a young woman from the states who was there volunteering. I explained that this dog was following me around all morning and I wanted to see what I could do for her. I asked about taking her home with me, and she explained that the rescue organization could help make that happen. So I called my client and asked if we could transport a dog back with us and he said “no problem”.

The young woman asked me if I had a name for her and I said “Nica”.  We took Nica to the house of the rescue coordinator and she explained what we needed to do.  The first step was to visit a

local vet to get an exam and the proper medical approval.  The second step was to get a government form approved, but we would have to go to Managua to get that done.  This was on Thursday, and we were leaving on Saturday morning.  The rescue coordinator said she had one of her employees going to Managua on Friday and he could get the form approved at that time.  However, Friday evening when he returned to Granada, he said the government’s computers were down. The rescue coordinator said we could try on Saturday morning (Yes, the government offices in Nicaragua are often open on the weekends).  However, my clients were expected at 8:30AM and the offices opened at 8:00AM, so we didn’t have much time. The plan was that they would drive me to the airport early and I could preflight the aircraft, file the flight plan, and get fuel. They would take Nica with them to get the form and hurry back as quick as possible.  I told them my clients will not want to be delayed at all, so if they don’t make it back in time, we will have to work on sending Nica by airline. 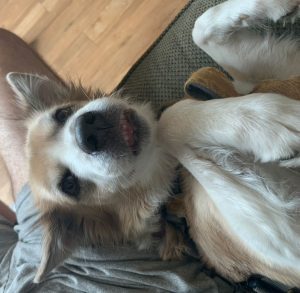 On Saturday morning they dropped me at the airport and they went to get the paperwork.  I completed everything I needed for the flight by 8:00AM and was waiting outside the terminal in hopes that they arrived before my clients.  However, my clients showed up almost a half hour early.  As we were walking to the plane, I called the rescue coordinator and asked their status and she said they were still at the offices and next in line.  I told them it was not going to work out and we would have to move to plan B.

In the airplane we started up and I called for our clearance.  The tower read me a clearance that didn’t make any sense and I told them that it was not what we filed.  After a few minutes they called back and gave me a clearance that made even less sense than the first one and I told them so.  They said something was wrong with what we filed and I would need to come back inside to refile the flight plan.  So, we shut down and I left my clients in the plane while I went back into the terminal.  I get to the flight plan office and when I walked in, the women who runs it said “Very sorry, it was our mistake.  Everything is fine with your flight plan.”  I said “Thank you.” and walked out.  I called the rescue coordinator and asked their status.  She said “We have the paperwork and we are driving past the airport right now!”  I said “Turn in, I will meet you curbside.”  I walked out just as they pulled up.  I grabbed Nica and the paperwork and we ran to the VIP Security screening room, (which is

for private flights), and then out to the airplane.  We hopped in and were off!

We stopped in Mexico for fuel and while there, an “Agricultural Inspector” wanted to see her paperwork. I showed it to him and he quickly finds that the paperwork lists her sex as “Macho”(Male).  He doesn’t know much english, but he did know the phrase “No good.”  He kept repeating it to me.  My heart sank!  I was starting to panic.  What would I do?  What was going to happen to her? How could I get her back if he didn’t let her leave? How mad would my clients be if this delays us here?  Oh!……wait……..we are in Mexico.  I reach in my pocket, pull out a $20 bill, and hand it to him. And he says “All good”.  Whew!

This was late November, so when we arrived back in Aspen, Colorado later that evening, it was pretty chilly.  When Nica got off that plane I think she was confused because she never experienced cold like that.  But that confusing quickly turned to joy and she discovered the joys of SNOW!

To this day, Nica is the most fiercely protective dog I have ever had as a friend.  She is also, by far, the smallest dog in my life at a mere 28 pounds.  But she has a heart of a lion and never backs down.  Other dogs have to earn her trust and sometimes that takes time.  But once you are in her pack, she gives unwavering loyalty.  I am so luck to have the opportunity to have her in my life.

Learn More About Us